It’s about to get awesome...

*I'm currently booked out through the end of October. If you're not in a hurry, send me a message to get on the waiting list :)

Yay! Your message is ROCKING my mailbox right now. 🎉🎉🎉
Your form wasn't sent. Seems like evil forces are conspiring against us 😱. Try again later or shoot me an email instead.

Will translators still have a job in 5 years?

As the role of human translators continues to shrink, it is up to us to redefine our value in the industry.

When I was a kid, back in the olden days, we had a family tradition. Every once in a while, we’d all go together to the video rental store, argue a lot, pick out a film and watch it together. These video stores were truly magical places — aisles and aisles of every cartoon I could imagine (though we didn’t have imdb back then, so I couldn’t imagine much). When we finished the movie, we rewound the tape (we were well-mannered kids) and took it back in 48 hours or less. By the time I was in high school, most of the video stores shut down. Instead, we drove over to the vending machine at the edge of town, pressed a few buttons and were rewarded with a thin plastic DVD box sliding out. These days, even vending machines are getting more and more scarce. With Netflix and Hulu on every computer and smart TV, an entire profession has just — poof — disappeared.

Sounds familiar? Being a translator, this is something I hear around me constantly. There are powerful winds of change currently flowing through the translation world, brought on by the rise of AI usage in machine translation. Prophecies of doom proclaim that translation is a dying profession, and translators a breed on the verge of extinction. While I can’t say I agree with the doomsday approach, things are definitely going to change. In fact, over the past couple of years, the entire industry is swept up in a sense of upcoming transformation: a feeling I personally find at the same time both terrifying and exhilarating.

For many of my colleagues, these are scary times. Translators have seen a steady rise in demand for their services over the past 20 years. In 2006, the US Department of Labor predicted a 24% increase in request for translators over the following 10 years. Thanks to globalization and UX trends, more and more companies dove into more and more markets, localizing their products as a result. If you were lucky enough to have a knack for languages and the right training, you were assured a rather safe job prospect in a not-so-safe market. But that cozy status-quo started to crumble in 2015 when the first neural machine translation system went live.

With machine translation — in one form or other — being available for decades, no one could estimate how transformative this was going to be. But NMT and the forms of AI-based machine translation that followed brought such rapid improvement in only a few years, it quickly became clear that the tables are about to be turned. AI relies on big data, and while some languages and specialties already present better results, all of them will get there sooner or later — sooner being the key word. As the role of human translators in good-old source-to-target translation continues to shrink, it is up to us to redefine our value and find ways to maintain our relevance in an evolving industry, lest we go the way of the video store clerk.

To find out how we, as human linguists, can make a meaningful contribution in hybrid human-machine translation, we first have to consider the characteristics of AI and machine learning, and more importantly — their weaknesses.

AI-based tools excel in speed, accuracy, and efficiency. In the near future, machine learning will make our lives faster, cheaper, more efficient and accurate. Like the most realistic science fiction ever made, every aspect of our world will be changed and improved, whether we like it or not: from food production, all the way through medicine, supply, planning, driving and even home living. And the contribution it will have to our life does not end with technical tasks. Based on the binary rules it is given— or the ones it develops using the data it is fed — AI can produce ‘creative’ content that is remarkably human-like. Apply a little lipstick and don’t let anyone get too close, and they will never know the difference. The output will be technically correct and the process generally a great deal quicker than a human is capable of. Have a look, for example, at the paragraph below, produced by Allen Institute’s GPT-2 Explorer:

Sure, GPT-2 may not be the brightest match in the box yet, and it seems to be weirdly fixated on book translation. However, considering the fact that this was written by a computer, I must admit it’s quite impressive. The content is grammatically correct and the flow makes sense — well, sort of. Actually, some of my papers in high-school weren’t so far off. And as GPT-2 continues to learn, it may even get to college soon.

In fact, on top of translation and writing, scientists managed to use machine learning to get computers to output human-like results in many other fields. Last year, Christie’s sold an AI-generated portrait for $435,000. Tools like AIVA and Amper Music offer users custom-made AI compositions for their projects. And just a few months ago, an AI-entity named Benjamine created a film starring nonother than Baywatch’s David Hasselhoff. I know, right? If computers are smart enough to make us some Hassel-clones, humanity can finally sit back and admire a job well done.

But these artistic endeavors lack one thing — a human touch. AI’s Achilles’ heel, or its weak spot, is the illogical things that make us — us. Faith, emotions, culture, empathy — all of those little, random parts of humanity that make no sense but somehow drive us forward. Without them, the world will feel a cold, strange and alienating place. While people may be able to appreciate the precision and perfection of an AI-written piece, they may not be able to connect with it on a deeper emotional level.

The human touch is unquantifiable, undefinable. And since computers can’t understand it, they can’t replicate or reproduce it. To bridge that gap, many pre-AI professions will become hybrids — with computers doing the bulk of the technical work, and humans adding their own unique fingerprint to create a complete product that is larger than the sum of its parts.

In the case of translators, it’s time to shift our focus from the technical act of translation to the translation endeavor as a whole. The skills linguists are required to have today will soon become obsolete. We will no longer need people to read content in one language and type it in another. Just like a robotic vacuum cleaner, computers will do that for us (hopefully, not getting stuck under the couch quite as often). Rather than being mere language experts, translators will have to become anthropologists of a sort — anthro-linguists, if you’d like — students of human nature and culture. Specifically, our role in the translation process will be twofold.

First, we will act as masters of humanity: make sure the soul of the content is properly conveyed. This is something I came across recently, in a website translation job we worked on for a major client in the hospitality industry. On top of our usual MTPE duties (because let’s face it, MT is not there yet), we verified that the tone and voice match those of the brand: inviting, friendly and professional. And it’s a good thing we did! NMT and similar methods do employ a meaning-based approach, but they are prone to overlook subtle innuendos and subtext. More often than not, the meaning-based approach produced content that was correct, but also dry and impersonal. Sure, it probably would have been understood either way. But it might not have made their customers feel welcome, or delighted, and a lot of the carefully-crafted effect of the original content would have been lost. As anthro-linguists, it will be our job to adapt translations, keeping them in line with the required tone and voice.

Secondly, we will act as cultural experts for the target market, ensuring that the result is well-understood, that it doesn’t step on any toes (unless the point is that it does) and that it maintains the same cultural spirit as the source. Humor; references to pop-culture, history, and books; or even simple visuals are all at risk of getting lost in translation, or accidentally offending our market. An outstanding example of how seemingly harmless content can have a detrimental effect on your brand’s image is the case of the German brewery Eichbaum. In honor of the 2018 World Cup, Eichbaum printed bottle caps with flags of the 32 national teams participating. But one of the countries — Saudi Arabia — found their marketing act extremely offensive. The Saudi flag contains the Islamic statement of faith, and the choice to print it on an alcoholic beverage — the consumption of alcohol being “haram”, a serious prohibition in Islam — incited a heavy backlash from Muslims around the world. Eichbaum clearly did not think their marketing choice will cause such outrage, but an expert in Saudi-Arabian culture could have probably tipped them off, have they taken the trouble to ask.

The switching of roles in translation means that linguists interested in keeping their job in the industry will have to acquire a completely different set of skills to stay relevant. Each translation job will involve diving deep into the hidden meanings of the text, using detailed client briefs and a lot of creativity. Translators will need to have an in-depth, broad understanding of their native culture, as well as its many sub-cultures; keep themselves up to speed with any new social phenomenon; And employ various methods of research and data collection to gain insights on the markets they focus on.

By using our own human abilities to complement the advantages of AI and machine learning, translators will remain valuable in today’s disturbed industry. Even more so, we can take an active role in the transformation, helping the translation industry become bigger, better and stronger. And we can be part of the revolution, at the same time making sure the content by which we, as a society, are surrounded preserves its sense of humor, its unique character, and most importantly — its soul.

Every time someone shares this post, a fairy gets its wings:

Get fun-to-read emails on UX writing and localization:

Thank you! Your submission has been received!
Oops! Something went wrong while submitting the form.

If you still have some coffee left... 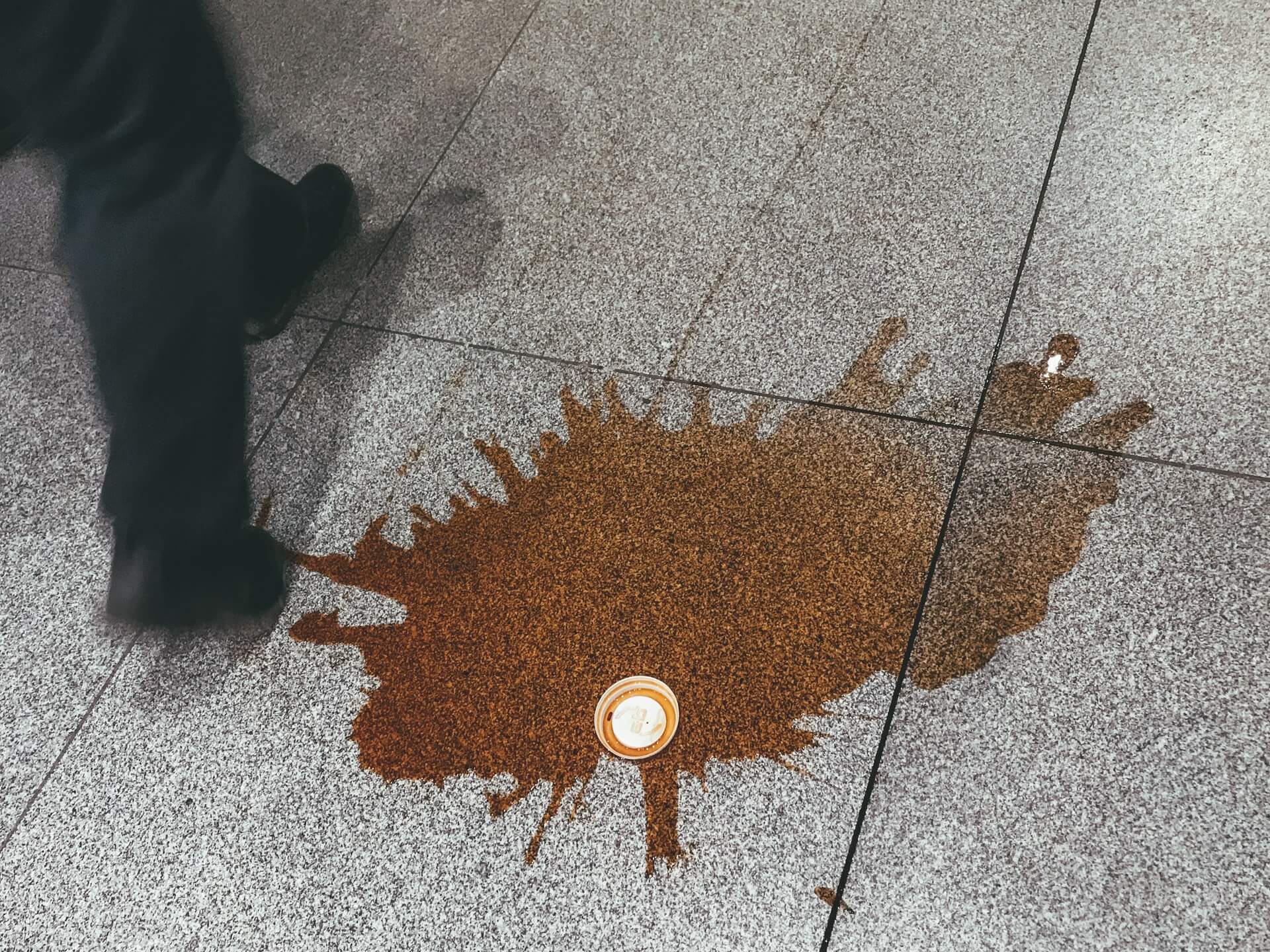 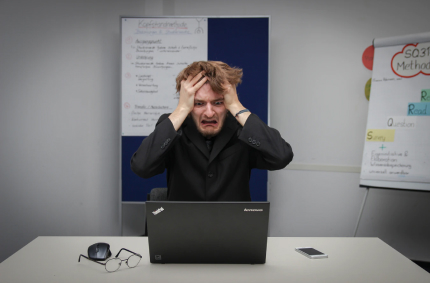 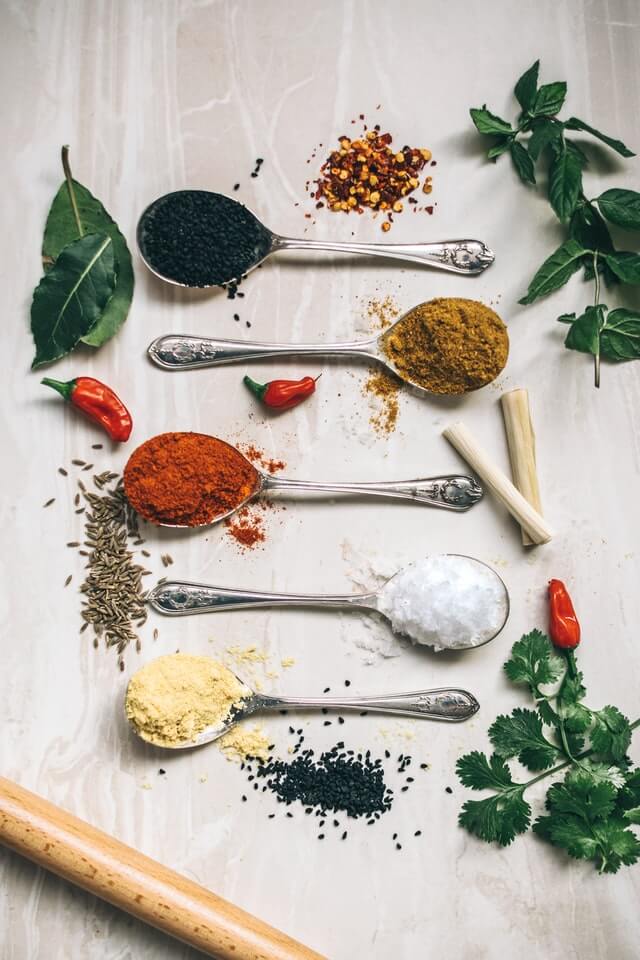 Practical tips for maintaining your brand voice during localization

Want to hear more from me?

If you sign up, you'll only get high-value emails on UX writing, localization, and content design. No hard sells, no boring plugs.